The Strength of A Home 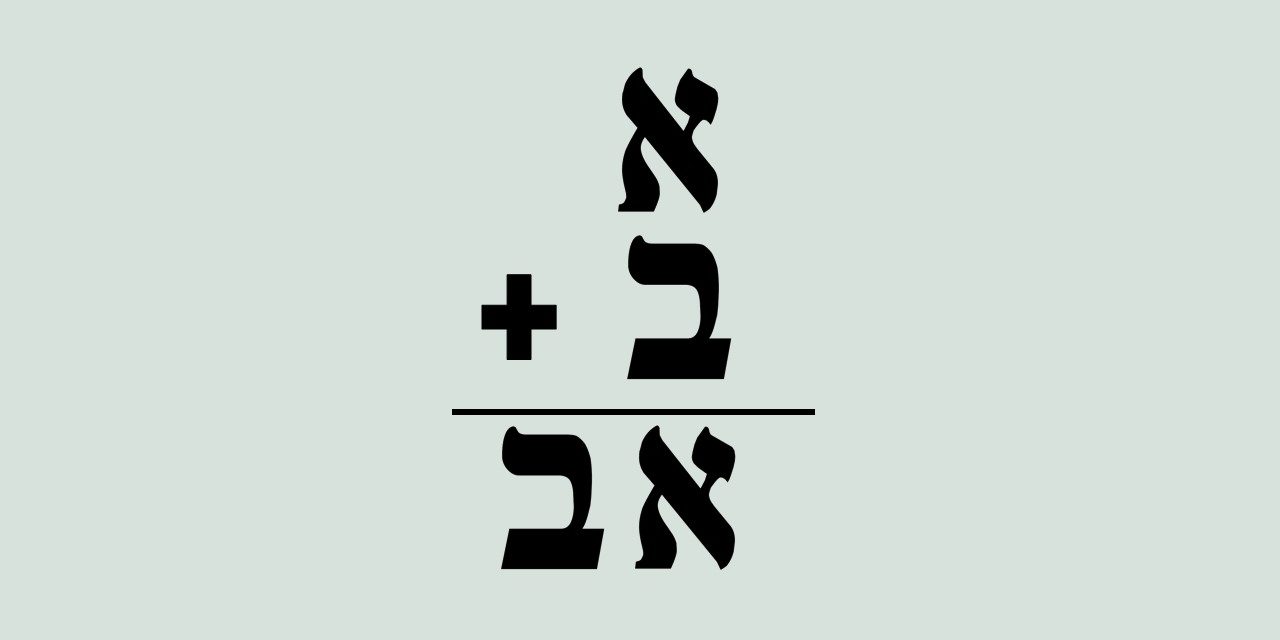 There is great insight that can be gleaned from the original language of the Old Testament:.  The ABC’s of Hebrew give us an extraordinary clue!

The  Aleph (א) is the first letter (a vowel) of the Hebrew alphabet and makes an “ah” sound. The letter literally means first in strength (as in the strength of a man’s loins is his first-born son – at least in Biblical understanding)

The Bet ( ב) is the second letter  of the alphabet and makes a “Buh” sound when it is by itself (a consonant).  Bet, literally means “house” as in “Bet-le-chem” (Bethlehem) Bethlehem, means house of bread.  However, when it is coupled with a vowel, it makes a “Vuh” sound. .

When you add the Aleph to the Bet, it spells “AV” which literally means “father” as in “Av-ra-ham” (Abraham in English – meaning Father of many).  Even from the first two letters of the alphabet, God is implicitly saying; The Father is the strength of a household!

It doesn’t take a rocket scientist to see that the traditional (Biblical) family unit is being systematically attacked at every level of society.  Whether the father is absent from the home, or physically in the home (but elusive and not-engaged with emotional intimacy) with the children;  the effect is equally destructive.  Fatherlessness has consequences!

Among children who were part of the “post-war generation,” 87.7% grew up with two biological parents who were married to each other. Today only 68.1% will spend their entire childhood in an intact family.
[Source: U.S. Census Bureau. “Living Arrangements of Children Under 18 Years Old: 1960 to Present”. U.S.  Census Bureau July 1, 2012]

Fatherlessness Is A Worldwide Epidemic and make up. . .

80% of rapists with anger problems
75% of adolescent patients in chemical abuse cent
85% of youths in prison
71% of pregnant teenagers
[Source: The US Department Of Health  ]

The Strength of Your Financial House

Wisdom has built her house; she has carved it out of 7 pillars………..Proverbs 9:1

A lighthouse is well grounded and typically built upon a solid, bedrock, foundation [it’s virtually immovable]. It’s strong beacon alerts the prudent to risk, danger, adversity, challenge and vigilance [especially when the crashing waves representing the harsh events in life that come our way].

Lighthouses also serve as a guide to symbolize a way forward; helping the wise to navigate through rough waters when risk and perils cannot be seen; whether they be financial, spiritual or personal in nature.

When was the last time you had your defensive (insurance) system reviewed by a Certified Financial Planner or experienced insurance professional?   Christian Insurance services now offers an hourly, fee-based service to help you navigate these critical foundational systems in perspective of your over-arching estate and investment goals.

“The One To Come”…Happy Birthday Church!!! / What’s New at Christian Insurance Services?
June 7, 2022
Assessing The Correct Life Insurance Need in 4 Easy Steps: In The Drop of a DIME!
August 9, 2021

THINK AGAIN: Stock Market Downturns may not be the Greatest Threat to Your Assets and/or Estate!
February 12, 2021

Everyone Wants Assurance in These Unforeseen Times, Right?
June 10, 2020
Go to Top